Hey all. I hope everyone is keeping warm as we transition into the middle of Summer. We're running all sorts of community & in-game events during the summer, so make sure to keep an eye on our calendar found here. It's currently Ulgur Saturday as this patch goes live.

In terms of staffing, Summer will be leaving the team to pursue their own projects, as well as focus on real-life endeavors. Make sure to wish them well, if you see them around. They were an awesome contributor. On the upside, we would like to welcome Shmitty back to the team. Formerly a spriter for Valor, he will be returning as a Developer, which is super exciting!

Helper applications are now closed. There is a lot of applicants, and I just want to say it's super cool to see so many people willing & wanting to contribute to the project. We'll be going over all applications this week and will contact applicants shortly after. On to the content!

We are very happy to finally release runes for all pending ARs. This has been something requested by many people and was long overdue. We hope y'all will be pleased. With this, recently we have been seeing a lot of suggestions regarding wands. So we will also be releasing some balance changes regarding wands and a couple of other items.

We have gone ahead and reworked its base stats and provided each rune with a unique playstyle, as well as changed sprites.

We have gone ahead and reworked its passive as well as base stats. It is new passive called "Punishment of the Damned" will activate a ring of fire and burn enemies close by.

We have gone ahead and tweaked Sor reactor's passive and provided each rune with a unique passive to comfort that specific playstyle.

We have got a few class adjustments and class abilities working properly now. These ability fixes are for Archer, Knight, Ninja and Samurai.

The Crimson Temple is the latest addition to the Ascended Family. It is accessible through the Tunnel of Pain.

The Allseeing Horror is a ferocious eyeball that wants nothing more than to mow you down. Carefully position it over heart buffs in the corners, and land your shots while you can. Be careful!

We have decided to up the difficulty in public challenges. Serenity and Malgor will now ignore trickster decoys. These two bosses will only target players now for their shots and chasing phases.

We have updated the Fabled Crate Rotation.

Hey, this patch is being done a little bit before Challenge League starts off. The main pieces are focused around the removal of items from bloated shards, and reworking Aspects. Ar Spell has also seen buffs. Our main idea was to bring out more farmable items into the game and 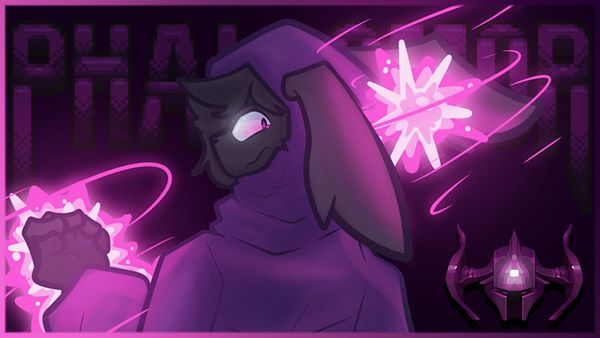 Hey all. We here at the Valor team are happy to bring you the 2nd update of the Summer. This is a pretty significant one as the main part of this update is finally bringing Trial 4. As well as a Serenity, Lances, Nodes, quiver reworks and a new Fallen